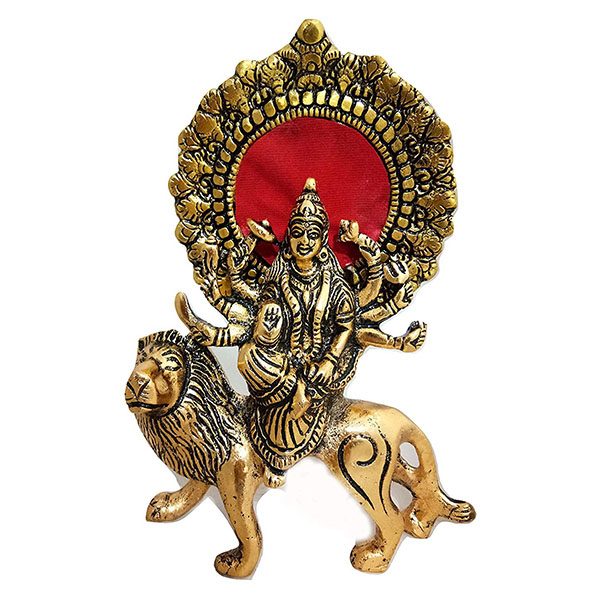 The handmade statue is crafted with fine finish and will bring lots of prosperity in your house.

Durga Maa is the most popular incarnation of Devi Durga is adi-parashakti herself. She is considered the supreme goddess and primary deity in shaktism. According to skanda purana, the goddess parvati accounted the name “durga” after she killed the demon durgamaasura. Goddess parvati is considered to be the complete incarnation of adi parashakti or goddess durga, with all other goddesses being her incarnations or manifestations. Adi parashakti or devi durga is a hindu concept of the ultimate shakti or mahashakti, the ultimate power inherent in all creation. The dimension of figurine is 20 X 14 X 3 cm

There are no reviews yet.

Only logged in customers who have purchased this product may leave a review.